Georgia is a relatively small country with a population of 3.7 million, the same as some other countries like Croatia and Uruguay. Most people often confuse it with one of the states in the USA, but it has its own history, charm, and beauty.

The country is mostly situated in the South Caucasus region, while a minor part of it is located in the north. It is a country that is mainly filled with mountains and has an area of 67,900 sq. kilometers. Its Likhi Mountain Range divides the country into its eastern and western halves, where historically they were known as Colchis and Iberia respectively. 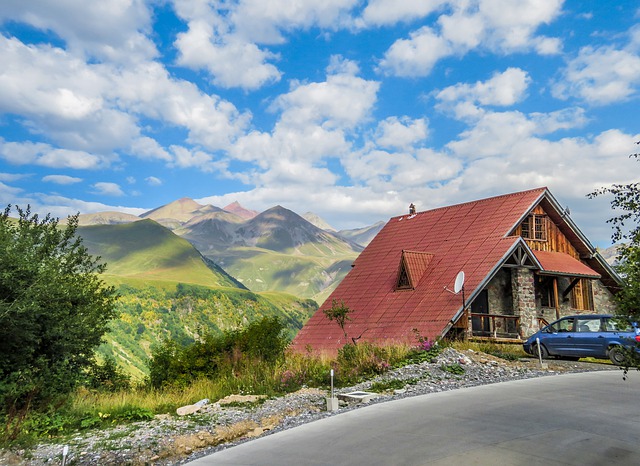 Mundo's freedom rating is essentially a freedom index whereby our team of specialists rates a combination of freedoms which include freedom from violence and personal attacks, financial freedom from high taxes and other government levies, business freedom from government interference and investment potential.

Shortly before the collapse of the Soviet Union in April 1991, Georgia declared its independence in March 1991. Soon, civil war broke out in the country. Due to its placement at the crossroads between Asia and Europe, Georgia has always served as the battleground for many conflicts. Soon after its independence, civil war broke out in the country. Through the years, Georgia has had a conflicting political status.

Before 2009, Georgia was struggling: several military conflicts, government takeovers, civil wars, and economic crises. After years of hostility and war with Russia, Georgia attained peace in 2008 after France proposed a ceasefire. It was extremely corrupt and destroyed after the breakup with the Soviet Union; they did not even possess some decent infrastructure and were wrecked on all bases.

Georgia is located between Asia and Europe. This strategically located country gives direct reach to the European, Gulf Co-operation Council and the CIS (Commonwealth of Independent States) countries.

Georgia takes pride in massive economic reforms and a sharp decline in the poverty rate. In 2016, the country successfully signed the Free Trade Agreements with its trade partners like the European Union and China, and to date attracts laudable Foreign Direct Investment.

The country’s economic growth has seen a massive surge in all aspects of agriculture, tourism and logistics. The government is taking all measures to keep the economy as transparent and open as possible to attract global players in its country’s growth.

Подробнее
Virtual IT Zones in Georgia

Georgia is becoming a desirable location for both domestic and international commerce. It has drawn international investors from all over the world due to its competitive advantage in terms of global access, logistics, tax incentives, talented professionals, and level of living. In the sphere of entrepreneurship and technology, the country has also received a lot of praise in recent years.

The internet has provided the corporate sector with numerous opportunities. And software development is right at the top of the list of such options. Software exports are the primary source of revenue for a slew of international IT firms.

However, in most situations, the revenue obtained from exporting software outside of the country is taxed, resulting in enterprises paying a significant portion of their earnings in taxes. What if such an income is not taxed in some countries? Doesn't it sound amazing?

Georgia is a nurturing ground for its increasing potential to harbour international business. But why Georgia, specifically? Georgia is an ideal country for international business because it has multi-faceted reasons and advantages to exploit. It has taken investors from all over the world under its umbrella because most importantly, it allows visa-free entry. Other positives include its warm subtropical climate, English as its go-to language which means no communication barrier, top-notch services and service providers among many others.

Right at the top of the bat, the first thing you will require to avail residency by investment is a permit. There are certain prerequisites that need to be fulfilled by you so that the process can begin. First of all, you will need to show a record that you have already managed to earn a minimum of 300 thousand Georgian Lari. In addition to this, the concerned authorities will ask you to keep the following ready.

The documents that you will be required to produce are very simple and basic. Apart from your passport-sized photographs, you will have to show a photocopy of your travel document as well as a photocopy of a record that can verify legitimate stay, letters of recommendation by three legal Georgians, or a government member.

Georgia turned into a stable economy that attracts international investors within a short period. The country went through a series of military conflicts, government take-overs, and national upheavals before 2009, and these years were marked by severe economic crises. Also, the breakup of the Soviet Union had impacted the country further. From lacking the basic infrastructure and witnessing high levels of corruption, the country has taken a giant leap towards economic development.

With the country’s determination to make it to the top of the international arena in terms of ease of doing business, in the 2017-2018 fiscal year alone, there were 10,000 new legal entities registered in Georgia.

In this section, we explore what life is like in Georgia based on our friend's experiences who lived as an expat in the country for several years. Our friend Ronald, whose name changed for anonymity, explains how life has been like living in Georgia as an aspiring businessman. Now that he has finally settled and achieved business success, Ronald has decided to share his experience in the country with us.

Ronald says there is perhaps no other country in the world that is as lush and natural as Georgia when it comes to living. It is surrounded by different terrain, climates, and culture from all sides. From Russia in the north to Turkey and the several Islamic countries in the south and east to the beautiful Black Sea along its western shores, Georgia has its own unique features that you won't see anywhere else in the world.

Everyone knows Georgia as one of the best options for starting new businesses because of the tax options they offer. To build further on this reputation, the government of Georgia has announced decree #619 that opens up a whole new arsenal of options for IT companies that are based outside the country as well as shipping companies that actively trade on international boundaries.

According to this latest decree, companies that follow the above said business line can now enjoy a corporate income tax rate of only 5%, instead of the 15% that was applicable before the decree came into existence. Tax for wages for employees and company workers will now also be calculated at 5% instead of the 20% that was implied before.

Knowing what type of government agencies a country has directly tells you about its business reforms, its policies for all aspects of governing and what level of authority the country’s government has.