Montenegro has been branded for its mysterious beauty since its Roman times when many emperors built palaces across its shores. It has been far known as Europe’s best-kept secret as it is an ideal place for resting and restoring oneself, with beautiful beaches, a calm ambiance a business-friendly environment and stable economy. It has been long known as one of the ecological wonders of Europe.

The Black Mountains, whose name comes from the 14th Century as it has bathed by firs that held its tops in capes of darkness. Now, the darkness has been blown away, exposing white trails of snow and limestone as if it signified the past and future of Montenegro.

Montenegro has seen enough blood during its history. Slavs against Turks; Turks against Venetians; and Slavs against Slavs. But no more. Montenegro looks at a bright future as the freest economy in the Balkans and a top touristic destination.

The country was one of the borders between the Eastern and Western Roman Empire. That multicultural and cosmopolitan identity is in Montenegro’s veins, which is particularly significant, considering it’s located in a region filled with nationalistic disputes.

Montenegro fills the eye at every sight, from rocky shores to sharp ranks of mountains. It was long-considered one of the borders of Europe, but even before its independence, investors have been noticing it. 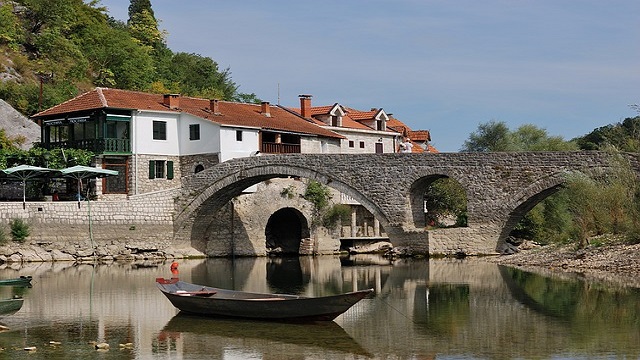 Montenegro’s economy is mostly service-based, with tourism being one of its most significant contributors. With its hilly landscape and lack of raw materials, the country doesn’t have many industrial developments. However, this hasn’t been all negative, as it turned the country into an ecotourism hot spot.

After its independence, the country quickly saw a ton of Russian and British FDI in the tourism and real estate sectors, which also brought a significant expat community to the country. That influx of investment has continued to rise as the government continues its pro-business and privatization turn.

In general, Montenegro’s economy can be characterized as small, open, but vulnerable. It mostly relies on foreign capital inflows, which makes it susceptible to external shocks. This issue is especially significant as there’s a more than likely global recession looming ahead. If it causes the European and Russian investment to decrease, the country may see some regression of the advancements it has achieved in the last few years.

However, the country has taken some significant steps ahead in reducing public participation in the economy by privatizing state-owned enterprises. Nevertheless, the reduction of public spending and the normalization of the fiscal deficit are still pending issues.

The government has sought to reform the economy because of its EU aspirations, as the country must become a country attractive for a higher influx of FDI. This has led the country to lower the tax burden, simplify tax procedures, reducing and simplifying the process for opening a business and obtaining construction permits, and reducing business regulations. What has been the result? An increase in competitiveness, a robust 4.7 % GDP growth, and a substantial and sustained FDI increase.

The country’s GDP has grown in every quarter since 2013. Wages have increased by 20 % since 2015, and inflation has always been under 3 %. The only grand economic issue Montenegro hasn’t seemed to be able to solve is unemployment. It reached a 22 % peak in 2017 and has only decreased recently to 15 %, which is still high.

Still, such a friendly business environment with so many tax optimization opportunities are rare in Europe. Likewise, there’s a lot to do in tourism and financial services investment, which means that those that get there early may reap significant benefits.

Подробнее
Mundo’s country rating (out of 10)

The country is, by far, the most stable and the most pro-business country in the Balkans. First of all, the protection of private property is established in the Constitution, and foreigners are at an equal legal level with national investors. In 14 years since Montenegro’s independence, there hasn’t been one single case of the government expropriating foreign-owned property in the country, and foreigners are free to partake in the sale of formerly public assets.

The country has created a reputation for itself as a pro-business hub that has attracted serious, reputable investors. Before the European debt crisis of 2010, Montenegro had an incredible 9 % growth rate per year and still sustains yearly levels around 5 %, which are almost unbelievable for European standards. The country has attracted increasing levels of FDI for five years in a row and is the European country with more FDI per capita, mainly thanks to a growth in energy investment.

The key has been six main economic policies:

2) monetary stability thanks to the euro,

6) privatization of public assets, which has surpassed 80 %. All that has placed Montenegro as be the best-performing Balkan country at the Freedom of Economic Index.

Montenegro is a beautiful place to live in. It has gorgeous coasts, where most seasonal foreigners go, and Podgorica, its capital, has all the comforts of any other developed city, but on a smaller scale. Montenegro is known as one of the most affordable countries in Europe. That is especially true when considering the excellent quality of life the country offers. Renting a two-bedroom apartment in a good zone of Podgorica costs around €600 per month. Not in your wildest dreams, you can find those prices in Madrid, London, or Prague.

States seek to reduce individual freedoms inventing new taxes and regulations almost every day. Add to that the global recession that may come soon, and you’ll understand why having a second passport is practically a must for high-net-worth individuals.

Some CBIs are well-known, such as St. Kitts and Nevis, which was the first, and Malta and Cyprus, who are both EU members and, thus, have two of the most successful CBI and RBI program.

And here comes Montenegro. This open-to-business, breathtaking Balkan country started a CBI program in 2018 for a period of three years, seeking to give the Montenegrin passport to 2000 high-net-worth individuals willing to develop the touristic sector of the country.

The government tried to begin two failed CBI in 2010 and 2014 that were criticized around the world, as the due diligence was insufficient, leading many alleged criminals and corrupt politicians to try to acquire the passport. However, in 2018, the government successfully launched the program with better background checks. The firsts to receive their passports under the Montenegro CBI were an Egyptian family in February 2020.

Aside from that, what if we told you the Montenegrin program has the best tax optimization potential among the European CBIs and requires a way smaller investment among them?

You may say: well, but Montenegro isn’t an EU member. That’s true, but you’d only have to wait a few years (2025) for that to become a reality.

Now you understand why we say Montenegro is one of Europe’s best-kept secrets?

Let’s talk about the benefits you can obtain from your Montenegrin passport, especially if you’re a Latin American investor seeking to protect your assets.

Montenegro has a modern legal system with robust business laws. The business regulations have evolved to represent the dynamic business environment of the country.

Opening and operating a business in Montenegro is cheap and straightforward. Registration fees are low, and minimum capital requirements are almost non-existent. That’s why it’s the 50th easiest country to do business in the world.

Montenegro has a modern and mature banking system with almost 20 banks. Here we will walk you through the main particularities of the banking sector in Montenegro. First, you must know that it is incredibly easy to open a bank account in Montenegro. All you need is a valid passport.

You may say that that’s not uncommon around the world. But when comparing it with the Balkan region, Montenegro is a beauty. For example, in Serbia, you need more than ten documents to open a bank account. Similarly, management fees are incredibly low. They usually are less than €1 per month. That’s also way beneficial than most European countries where doors are closed to non-residents, procedures are long and hard, and monthly and yearly fees are impressively high.

And, guess what: Montenegro isn’t part of the Common Reporting Standard. That means local banks don’t immediately disclose your funds in the country to foreign tax authorities, which gives you many amazing pathways for tax optimization.

The Montenegro tax system is among the best of the best for investors. In the previous sections, we’ve briefly mentioned some of its particularities, but now we’ll explain them more in-depth. The primary taxes in Montenegro are:

That’s among the best of the best in Europe. Likewise, the system is quite simple. There are no complicated conditions or deductions. If you ask for a particular tax in Montenegro, it’ll likely be 9 %, and that’s it. That means the system isn’t only stellar for its incredibly low rates, but because it’s simple and allows for stable tax planning.

Add that to the fact that only your Montenegrin-sourced income is taxable and the country isn’t part of the CRS, and… We have a winner.

The tax optimization that Montenegro offers is practically unparalleled in Europe.

Montenegro’s real estate market is one of the most attractive and secure investments you can make in the country. Also, as investing in touristic real estate is one of the requirements of the CBI program, the market is seeing a recent boom that will continue for the three years the program is expected to last.

One of the main advantages of the real estate market is that it has landscapes, prices, and types for everyone: beachside villas on the coastlines, luxurious apartments in the capital, lodges in the mountains, and more.

Likewise, the real estate market benefits from Montenegro’s tax system. Land transfer, property, and capital gains tax are significantly lower, even twice (or more) lower than in most of Europe.

However, as it is a developing market and all legal documents are in Montenegrin, it is vital to seek advice from our experts.

The market has seen a significant influx in the last few years, but is still developing, and is expected to continue growing in investment, quality, and revenues in the next decade. The best real estate projects in Montenegro are yet to be developed, which means it’s still a fantastic time for real estate investment in Montenegro, especially when considering the potential returns your investment may have.