On many occasions, when we hear of Eastern Europe, the first thought that comes to mind is the memory of the Soviet bloc that ruled the region with an iron fist during almost the entire 20th century. The communist model, exported by Russia to all its neighboring countries, left profound consequences in the region after its fall in 1991.

But precisely many post-Soviet countries learned the hard way that statist policies simply don’t work. So, when everything goes wrong, you must develop new strategies in order to secure stability, keep the economy growing, and, in general, ensure a good investment and business environment.

Countries such as Latvia, Lithuania, and Estonia who endured communism, took this pretty seriously, making a 180° turn in their way of conceiving the economy.

And the poster boy for this post-communist extreme makeover is Estonia. Always a relatively unknown country due to its difficult language, small size, and extreme location, its name quickly stopped being recognized as one of the smallest members of the Iron Curtain to one of the freest economies in the world with some of the best tax optimization opportunities available in the EU.

It is one of the most prolific and free countries in Europe and the entire world. It is a technology powerhouse developing an entire online infrastructure that is, simply, one of a kind. The most valuable resource of this is undoubtedly the E-Residence program.

At present, this small country is one of the most balanced and free economies, making it open and friendly to foreign investors and entrepreneurs, according to several of the most renowned economic studies on the planet. A stable and profitable tax system, with 0% income tax for the company until it distributes profits and a good number of grants for new enterprises, made Estonia an absolute “must watch” when the time of planning your next investment comes. A lot of economic studies around the world recognize Estonian capacity to produce great profits and incomes out of the companies that put their trust in this small nation.

And that’s why, in Mundo, we can help you with varied services in Estonia:

-We can help you incorporate a company, which can be an overall solid strategy for tax optimization.

-And, also, we can help you acquire the e-Residency in Estonia, which is one of the most sought-after jurisdictions for crypto entrepreneurs and IT startups.

Estonia is one of the most modern countries in the world in terms of the development of IT technologies. Since its return to independence back in 1991, this Eastern European country felt the need for deep modernization in every possible way. This little country managed to become what was labeled as a true economic miracle after the collapse of the Soviet Union.

Estonia has a full commitment to IT technology and its development and is one of the most advanced countries in Europe in terms of modern IT projects. It is a crypto pioneer, having enacted one of the first crypto legislations worldwide. And, of course, it has one of the fastest internet connections in the world, one of the reasons why this little nation is the main target for several international tech companies and at the same time is the place of birth of important IT projects such as Skype.

This country is a technological powerhouse, famous for developing an entire online infrastructure that is, simply, one of a kind. Estonia moved to a full online presence, allowing its citizens to access all kinds of state websites, services, and all the information they may need. Tax payments, company registration, and pretty much every other public administration activity can be conducted online and with much less bureaucracy than through traditional ways, something that is, without any doubt, inspiring.

But this is only an introduction. If we want to know the crown jewel of the Estonian tech revolution, we have to know what has become one of the most ambitious residency programs in the world: the E-Residency or electronic residency. This program was born back in 2014 and, by April 2020, over 100,000 people around the world have already been registered as Estonian e-residents.

The world is evolving. New technologies are rapidly gaining ground and finding use in various areas including business, where new technologies may provide considerable advantages. For businessmen, especially those who work online or in the IT sector, this article will be very helpful. Why? Because we will discuss an excellent opportunity to start a business in a respectable, stable, and transparent jurisdiction. Estonia is also friendly to foreign capital and provides a considerable tax-friendly environment for foreign investors, something that can be difficult to find in other EU countries.

The country we will be talking about is Estonia. This little East European State is currently one of the most advantageous places to do business in the world. Since the beginning of the 21st century, Estonia has been relatively open to foreign investment and business in order to develop its own economy and create better conditions for its citizens.

Estonia is famous for its incredible online infrastructure called e-state (e-riik in Estonian). There is no similar system in the entire world, allowing Estonia to stand out among other larger countries. This country had put great effort into developing its telecommunications, IT sector, and infrastructure, and today we can enjoy the benefits of such an approach. Currently, the Estonian government structure has a full online presence, allowing its citizens to access the state agencies complying with information requests, paying for public services, and even filing taxes and updating company information. This can be done completely online. One of the key advantages of the whole system is that a person doesn’t need to be physically present in Estonia to access this infrastructure. This is a key element we will analyze to fully understand the advantages of this former Soviet country. 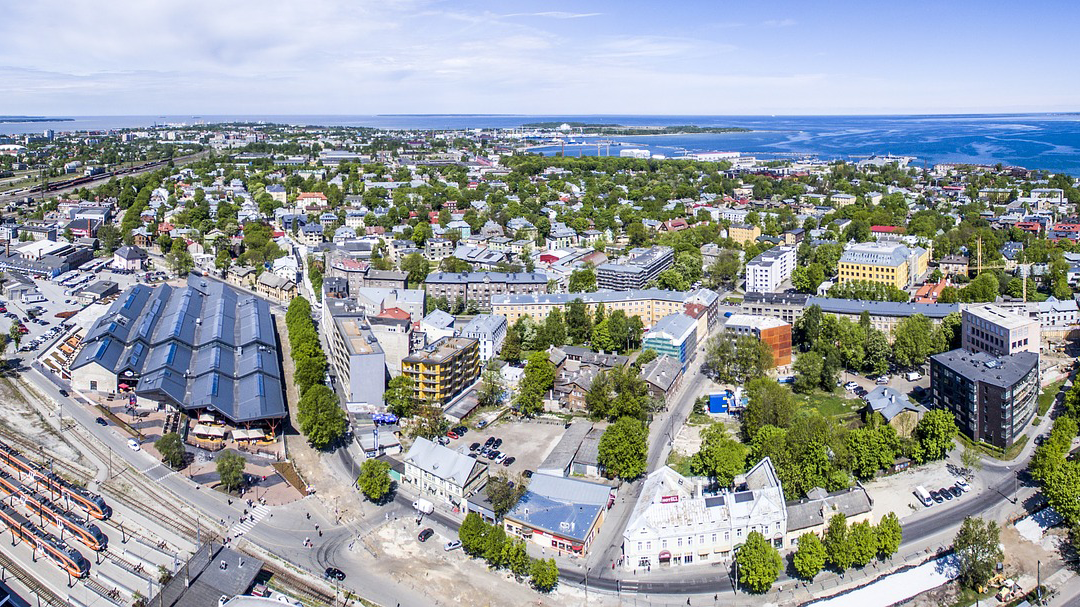 Mundo’s Country Rating is an index whereby our team of specialists analyzed a combination of elements regarding different kinds of freedom, giving special attention to personal, financial, and business freedom. Today, we want to talk about our ratings for one of our countries: Estonia. The rating for each category goes from 1 to 10.

Estonia is a democratic country, with a center-right, business-friendly government. Kaja Kallas took over as head of government this January, following the resignation of Prime Minister Juri Rattas, embroiled in a corruption scandal. The new government seeks to continue the policy of openness and friendship with foreign businesses that have made Estonia one of the main investment centers in the entire EU, as well as to defend transparency and fight corruption.

We all know that money rules the world. It gives status, power and a lot of other advantages. Since its appearance, money has evolved from rudimentary coins to modern electronic payment systems.

E-Money is an element that is gaining ground in today’s businesses and Estonia knows it. Since the fall of communism, this little country has created tons of opportunities for investment and became a technological heavyweight in the EU.

Estonia has created the E-Money Institutions, known as EMI. These “online banks” have been created to revolutionize traditional banking. Unlike regular banks in Estonia, companies like Transferwise offer their services to investors who are not able to open a bank account in Estonia, mainly because this is the only requirement for start-ups that actually requires being in the country.

Estonia has developed a business infrastructure that is very attractive to foreign capital holders. This small Baltic country has been able to offset its scarcity of natural resources with a powerful digital network that has made it one of the leading technological powers in Europe and around the world.

As we have talked about in other articles, Estonia has become a very attractive investment destination. Its friendly tax policies, low state intervention in private enterprise, and a high score on the economic freedom index are just some of Estonia's arguments for establishing itself as a more than respectable candidate for incorporating your next company. What's the main advantage? You can do it without even being in the country, thanks to the Electronic Residency Program.

There is a jewel bathed by the waters of the Baltic Sea that holds enormous natural beauties, but more importantly, one of the most attractive destinations for investment and business worldwide.

A beautiful landscape, enviable classical architecture, potential assets, and large technological markets have allowed Estonia to position itself in the sights of major investors around the world. Thanks to its e-Residency program, those who wish and can start a business in this small country can do so in a few hours, from anywhere on the planet. This is undoubtedly impressive.

Its economic openness, continuous promotion of foreign investment, great respect of the State for private enterprise, and one of the friendliest tax policies in all of Europe, has brought about a huge transformation in Estonian life, always for the better, of course.

Estonian banking services have had a lot to do with the great technological success that this small Baltic country has experienced in recent years. Estonia has positioned itself as one of the great European destinations for starting new companies and businesses. And this sector specifically has had a lot to do with it.

Estonia has managed with great success to take its administration and much of the daily activities to the digital realm, becoming one of the leading technological powers in Europe. Today, thanks to programs such as e-Residency, anyone, anywhere in the world who meets a series of requirements, can acquire an Estonian ID that will allow access to the entire Estonian state infrastructure. 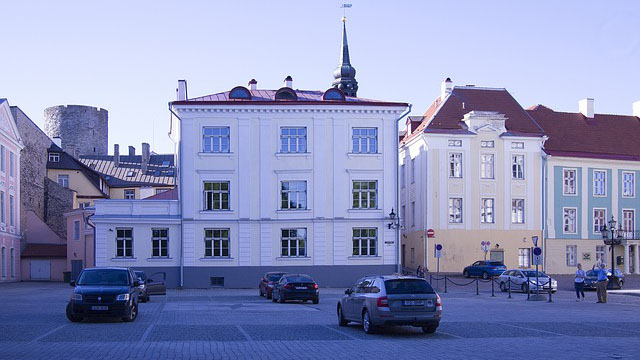 The last year has been difficult for almost every nation around the world, not even the strongest economies were safe from this unprecedented situation that affected our world; however, we already can see some sights of improvements and Estonia is an example of that resilience spirit that represents the European continent.

Speaking of resilience, in the last weeks, Ursula Von Der Leyen, who is the president of the European Commission announced the assignment of 969,3 million euros to Estonia, as a part of the European Union´s recovery and resilience plan to revitalize the economy and support on the fight with the coronavirus.

If you are looking to invest in a place like Estonia and open your own business company there, it is necessary that you learn about some important government agencies of the country.

If you are one of such businessmen looking to find information on the various government agencies present in Estonia, let us help you out.