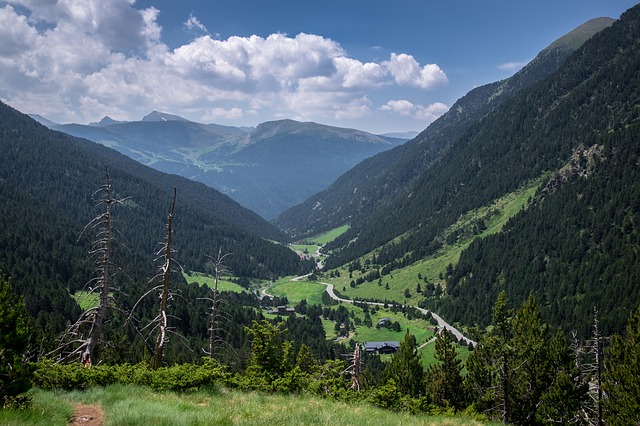 Andorra is one of the most unique places in Europe that consists mostly of captivating landscapes and Romanic architecture, Andorra is a little principality that will surely impress visitors from around the world.
Known as one of the most attractive places in Europe to do business thanks to its low tax rates, Andorra is one of the most colorful and unique places on the Old Continent. It has one of the richest cultures of this part of the world given its proximity to countries such as Spain, France, and Portugal. This allows people to enjoy a distinctive touristic experience, and, for investors, this small country offers the possibility of doing business in a business-friendly tax system.
Further, in the last few years, Andorra enacted transparent tax legislation with stronger banking compliance rules, which are in line with OECD regulations without sacrificing banking safety. Thus, Andorra is a whitelisted jurisdiction that will still bring you significant benefits.
It is one of the smallest countries in the world: Andorra is the 6th smallest country in Europe and the 16th on the planet. It is also one of the least populated nations, ranked 11th in this regard. And as many of these European micro nations, such as Liechtenstein and Monaco, it has an excellent reputation for offering top financial services for the wealthy. The official language of Andorra is Catalan; however, given its closeness and shared history to Spain, France, and Portugal, it is common for its citizens to speak Spanish, French and Portuguese. Further, due to the prevalence of financial services, English is also becoming widely spoken.
Year by year, Andorra is getting more and more requests from foreigners worldwide to move into the country to enjoy the Pyrenees’ peacefulness and the tax benefits of Andorra. People are interested in doing business in Andorra thanks to its worldwide known low tax rate and economic and political environment that is attractive to international investors.
Read more
Latest Andorra news
About Andorra
Andorra is one of the most unique places in Europe that consists mostly of captivating landscapes an...

Banking has always been about the quality and depth of relationships and the level of qualificatio...

The corporate world is rapidly changing. Mundo’s unique and boutique services combine a team of hi...

Mundo’s team has experts around the world that are able to provide detailed advice and establish fi...

A properly drafted trust is the cornerstone of Mundo’s asset protection and intergenerational wealt...

An appropriately dedicated and established family office is essential for high-wealth individuals a...

There are only a few economic citizenship or citizenship by investment programs in the world today...

Mundo is proud to say that we have created a wide network of experts all around the world. These ex...

The transformation to online delivery of goods and services is of course inevitable and has now bee...