There are many myths related to the African continent, many of which bluntly discard these territories as economic opportunities. However, some of the largest investment funds are closely following the development of some African nations, with Angola leading such a trend.

Located in the South-center region of the continent, Angola is known for being the second-largest lusophone country in the world, behind Brazil. The European inheritance of the territory is palpable, as over 94% of the country’s citizens are either Christian, Catholic or of the Protestant religion.

Angola has responded positively to the challenges many ex-colonies face when gaining independence. 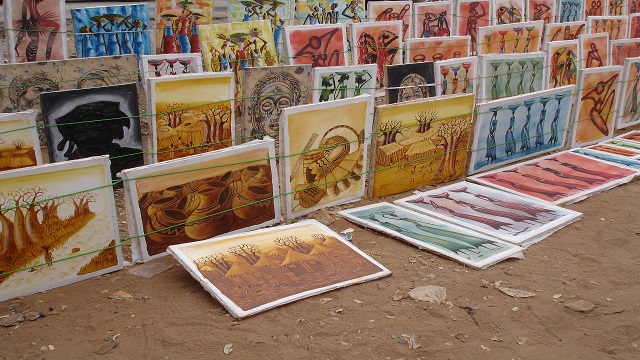 Not many countries are able to recover from political turmoil, especially when the conflict last decades and involves an overwhelming majority of the nation. However, Angola proved how there are paths towards an almost complete pacification through the application of democratically-based principles and the selection of agile politicians to guide such a process.

As you already should know, Angola is becoming one of the most exciting territories for business in the whole African continent. The reasons behind such a trend are varied but simple, as both its citizens and political representatives have worked endlessly for the construction of a country that just calls for international investment.

Our Mundo’s Freedom Rating for Angola showed us how this country is one of the most thriving ones in Africa, due, among other things, to its uplifting political stability and its major economic advances in several business sectors. Moreover, the efforts being deployed by international financial organizations to provide Angola with all the necessary funding for it to reach its full potential have been remarkable.

If there is one thing international investors can agree upon regarding how to calculate the possibilities for success is this: having the ability to find investment opportunities neglected by majorities is way more important than elements such as capital and taxation benefits.

The chances for a particular investment to pay dividends are closely related to its inherent ability to provide benefits regardless of the nature of the business, a fact that becomes more relevant if such an opportunity is bluntly overlooked by everybody else.

The aforementioned principles can (and should) be applied to the case of Angola, an African thriving nation with a tremendous potential that is being left out of most traditional consulting portfolios. According to the World Investment Report for 2020, this nation’s Foreign Direct Investments improved for three consecutive years, only finding a slight decrease during the COVID-19 pandemic catastrophe.

If you have been reading our reports about this African jewel, then you are probably urged for more information regarding its whole financial system. Angola, for those who don’t know, is qualified amongst the greatest thriving nations in the continent by the World Bank, as over 93% of its fertile territory for all types of economic production is yet to be discovered. Knowing that, how can anybody dismiss this country as an outstanding opportunity?

Well, if you’ve already made up your mind about this thriving nation, you must understand all the fundamentals of its banking system. While it’s important to highlight that Angola doesn’t present itself as a tax haven, there are several elements within its banking system that make it attractive to foreign investors.

For capital owners throughout the world, deciding the next place for allocating new investments is always both a challenging and an exciting experience. And when searching for new markets in new landscapes, there is a region often forgotten by traditionalists that still offers investors with outstanding margins of revenue: Africa, most specifically, the ever-thriving Angola.

Amongst the key elements to look at when researching any possible opportunity, one thing that immediately comes to mind is that of a stable regulatory legal framework that is able to guarantee the security of all money entering the country. On top of that, having a robust group of judicial and financial institutions ready to enforce contracts, agreements and payments, is also a key characteristic to look for.

If there is something that has taken most of us by a surprise is the impressive resilience of African countries amidst the COVID-19 pandemic. When virtually all the Western World, India, and China have struggled to combat the financial consequences of the stagnation, there are several African examples of thriving that should be looked at with close attention.

Of course, one such case is that of Angola.

The financial rating agency Moody’s has definitely paid attention to this country, even when in the past it hasn’t been particularly friendly with it.

Angola is a democracy with an executive presidency. The government is composed of the president of the republic, the national assembly, and the judiciary system.

Ministry of Finance: The mission of this Ministry is to promote the correct use of public resources for sustained development.

General Tax Administration: Its mission is to collect revenue for the state and ensure customs control for the benefit of the nation.

Government Asset and Equity Management Institute: The main responsibility is to regulate the Public Enterprise Sector and the execution of the privatization policy. Also oversees financial state participation.

Read more
Latest Angola news
About Angola
There are many myths related to the African continent, many of which bluntly discard these territori...
Latest Angola news
Mundo’s Freedom Rating (0-10)
Mundo´s freedom rating is essentially a freedom index whereby our teams of specialists rate a combin...
Latest Angola news
Companies and Structures in Angola
As you already should know, Angola is becoming one of the most exciting territories for business in ...